Cengiz Songür joined the "rotamız filistin yükümüz özgürlük" fleet from Izmir. When he told his family that he was going to take humanitarian aid to Gaza, one of his six daughters stuffed a letter in his pocket.

Cengiz Songür noticed the letter in his pocket on the ship. “I have hundreds of sentences to write you, but my words are getting knotted,” the letter begins, “I'm afraid, Dad. When I see the sadness in my brothers eyes and the worry on my mother's face, I get scared. But even if it means losing you in the end, go dad... For an orphan's smile, for a mother's prayer, go dad... Even if only your name comes back... It's very, very nice to be your daughter, dad…” says one of her daughters.

The 47-year-old father of seven children proudly presents his letter to the passengers on board. He was martyred with a letter in his pocket in the Israeli attack on the Mavi Marmara ship on May 31, 2010. After Cengiz Songür was martyred by Israeli soldiers, his daughters conveyed their feelings with a farewell letter. “Fear Israel. Feel the fear in your bones. This time the ebabils are swimming. This time, the ebabils do not carry stones in their mouths, but marbles in their hands. Fear Israel. My Allah, who destroyed huge elephants with tiny stones, is sending their marbles with their marbles in their hands so that they can destroy you. Fear Israel. Believers are now standing next to you. I thought it was the sparkle of a star at first, the sparkle in your eyes. I said that the smile on your face is the bitter pain of separation. However, bullets were raining on you and your smile was the enthusiasm of being able to attain martyrdom. I don't know where you are now and how you are. Don't look at my eyes, dad, I'm just crying from childhood. Otherwise, I'm standing upright watching you, I show my daughter from time to time, she still thinks you went fishing. In the meantime, he asks about the Israeli soldiers, whose real weapons he mistook as fishing rods. They are the murderers of your friends. I cannot say my father, because I have always learned mercy from you. To pity, to feel and to love. I could only say, "They're my daughter, who don't want your grandfather to fish." However, freedom will come from the sea, not fish, my father. He will hold freedom from the hands of Palestinian children. Your best treat will be freedom. Now I am sure my father, you are free, we are free, Gaza is free my father.” Cengiz Songür is one of the nine martyrs who were martyred on the ship. May Allah accept your martyrdom. 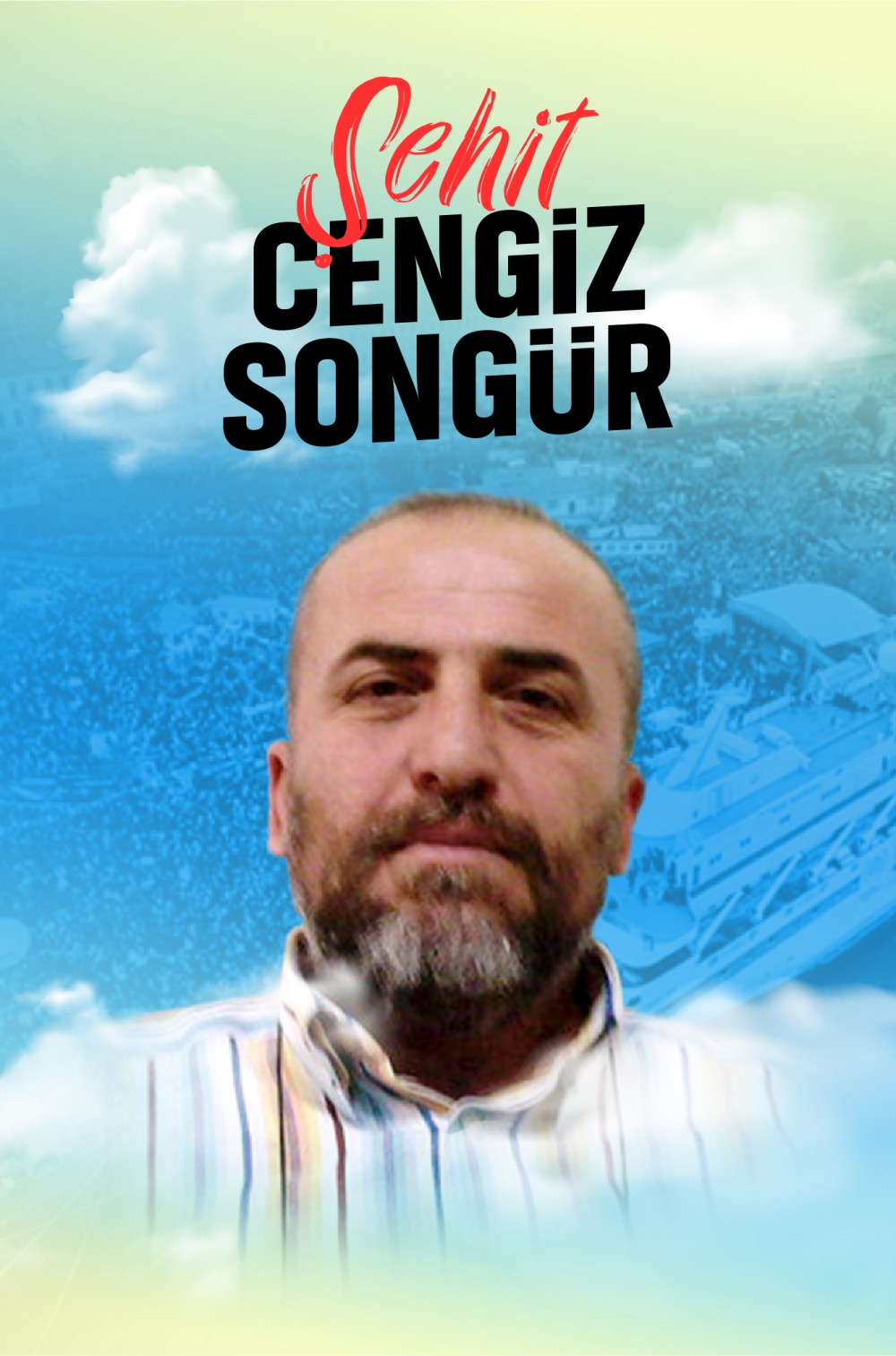