During the excavations carried out during the construction of a new neighborhood in the city of Raht, in the south of the lands occupied by the terrorist state of Israel, a mosque determined to belong to the early Islamic period was unearthed. 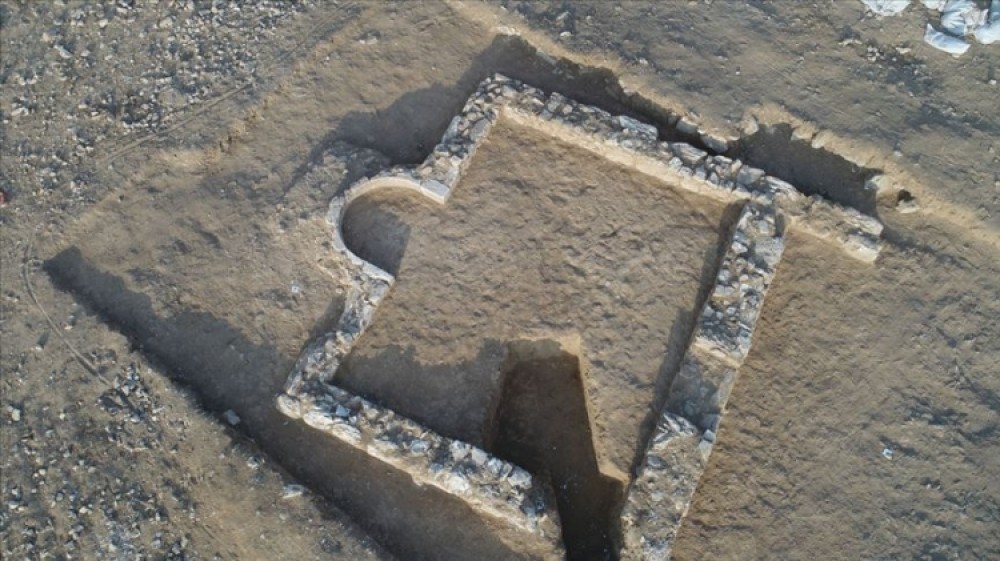 The Israel Antiquities Authority (ITEK) announced that a mosque, which was determined to belong to the early Islamic periods, was found during the excavations in the city of Raht, located in the Najaf (Negev) Desert in the south of the country (Historical Palestinian Territories).

According to a written statement from İTEK, it was stated that during the excavations carried out during the construction of a new neighborhood in the city of Raht, located in the Najaf (Negev) Desert in the south of the country (Historical Palestinian Territories), a mosque, which was determined to belong to the 7th and 8th centuries AD, was unearthed. .

In the statement, the directors of the ITEK Excavation Unit Jon Seligman and Shahar Zur said, "A rural mosque, which was determined to belong to the 7th and 8th centuries BC, was discovered during the excavations in the area. This is one of the very rare discoveries in the world. It is especially important that it is located in the north of the city of Biru's Sebi (Beer Sheva) in the Negev, where such a discovery has not been made before." statements were included. Pointing to the size of the mosques in Mecca and Jerusalem in the 7th and 8th centuries after Christ, Seligman and Zur said, “As it is known, there are large mosques in Mecca and Jerusalem during this time period. However, our findings show that this newly discovered mosque was small. It seems that this mosque served the farmers living in the region at that time.” said.

Seligman and Zur also emphasized that the mosque found has a rectangular structure and has a mihrab in the direction of Mecca in the south.

In the statement, it was stated that excavations in the region also revealed a small settlement area with a history dating back to the early Islamic period and consisting of divided areas with open courtyards, rooms, cellars and kitchens.

On the other hand, Gideon Avni, an Early Islamic Period Specialist of İTEK, whose views are included in the statement, also made the following assessment regarding the approximately 1200-year-old mosque:

“This is the oldest mosque discovered since Islam reached Israel (Historic Palestine) with the Arab conquests in 636. The discovery of the mosque near the agricultural settlement between Beer Sheva (Biru's Sebi) and Ashkelon (Ascalan) points to the cultural and religious changes the country went through as it transitioned from the Romans to the early Islamic era."

Avni noted that the discovery of the mosque and the nearby settlement made a great contribution to the research and examination of the country's structure in that period.

In its statement, ITEK stated that the Israeli citizen Palestinian Bedouin Development and Housing Authority in the Negev and ITEK are working on possible ways that this special exploration site can be integrated into the new neighborhood that is about to be built.