4,500 Pairs of Shoes Laid at EU Council to Honor Palestine

The group's innovative protest format greeted European Union foreign ministers, who were attending a one-day meeting at the council. Members of Avaaz decorated the Place Jean Rey in Brussels, Belgium with 4,500 pairs of shoes – one for every Palestinian and Israeli who has been killed over the past 10 years. 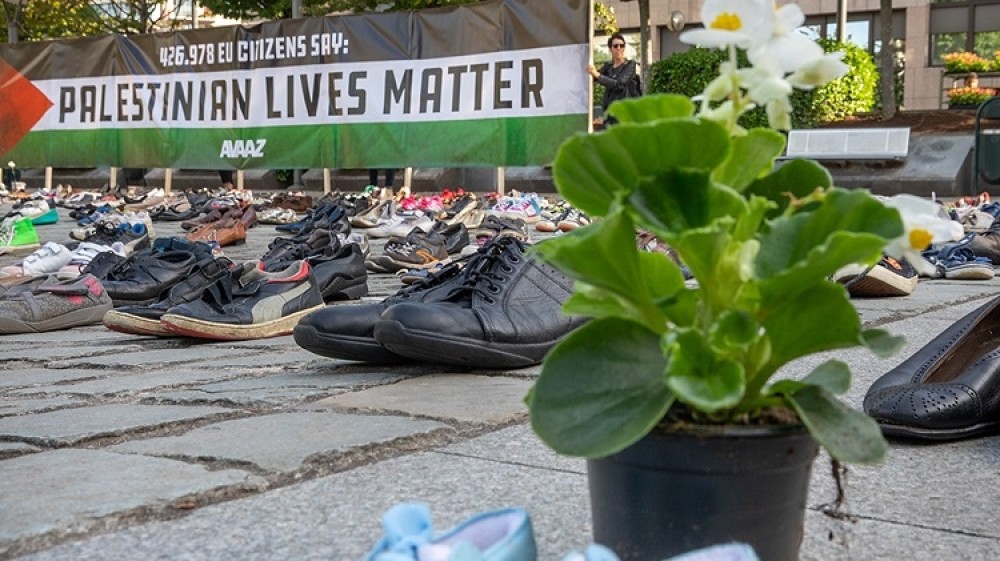 The citizens' movement group engineered the measure to further endorse global cries urging the United Nations to impose sanctions on Israel for immeasurable violence in Occupied Palestine, which has claimed thousands of lives.

“Citizens across Europe have one clear message for our governments: Palestinian lives matter to us and they need to matter to you. As Israel’s largest trading partner and political ally, it is our moral responsibility to send a clear signal to Netanyahu’s government that the violence must stop,” Avaaz Campaign Director, Christoph Schott, said.

“What is happening in Palestine is a modern-day apartheid, and for Europe to turn a blind eye to that does not protect Israel: it only undermines our humanity.”

The group's innovative protest format greeted European foreign ministers, who were attending a one-day meeting at the council – which includes discussing the ongoing crisis in the Gaza. Days before, High Representative of the European Union (EU) for Foreign Affairs and Security Policy, Federica Mogherini, exacted a willingness to review her position on the union's current strategy on an approach towards the Israeli-Palestine conflict. 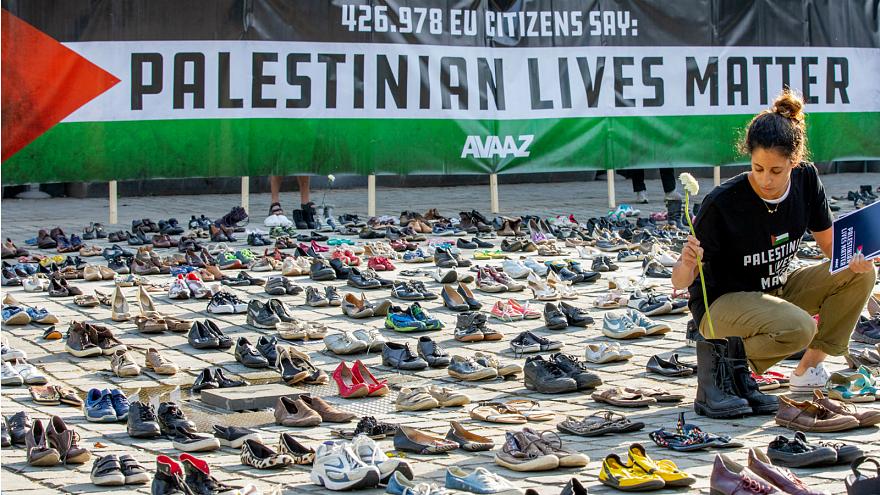 Nearly half-a-million Europeans have called on European Union's foreign ministers to sanction Israel after the recent killing of unarmed Palestinians protesting in Gaza. At least 60 unarmed protesters were killed during the demonstrations on the eve of Nakba Day.

The shoes were donated by citizens, from across Europe, as part of a growing call for governments of the EU to push for the protection of the lives of Palestinians by reining in the Israeli government's inhumane and illegal actions in the Gaza.

Both the United Nations Office for the Coordination of Humanitarian Affairs and the Israeli Information Center for Human Rights in the Occupied Territories (B’Tselem) have both estimated that more than 4,500 lives have indeed been lost, since the 2008 Gaza war.

However, obtaining accurate statistics remain unavailable after Israel and the United States blocked the UN from conducting impartial investigations.