What would you like to learn more about? Topics Western Asia Asia Palestine Israel Gaza Strip Related In pictures: Gaza women navigate different forms of siege Tense calm after Israel attacks Gaza Weddings remain big business in Gaza despite tensions Gaza on the brink as Israeli strikes continue Israeli forces kill three Palestinians in Gaza protests Popular 1 Will the status quo remain or is Sudan headed towards democracy? 2 The Silence of Others: “The past is never the past” 3 Hezbollah deploys martyr rhetoric to raise funds and garner sympathy 4 Interview with North Macedonia’s presidential hopeful Gordana Siljanovska 5 Crimean Tatars: ‘Religious persecution made us more strong and united’ On Saturday protests in Gaza marked the one year anniversary of the Great March of Return and the 43rd anniversary of Palestinian Land Day. 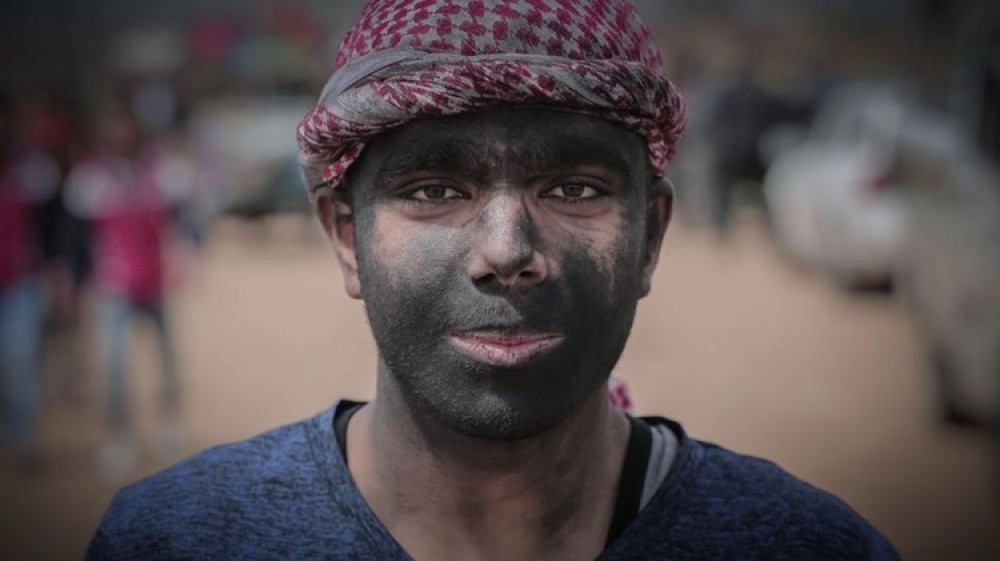 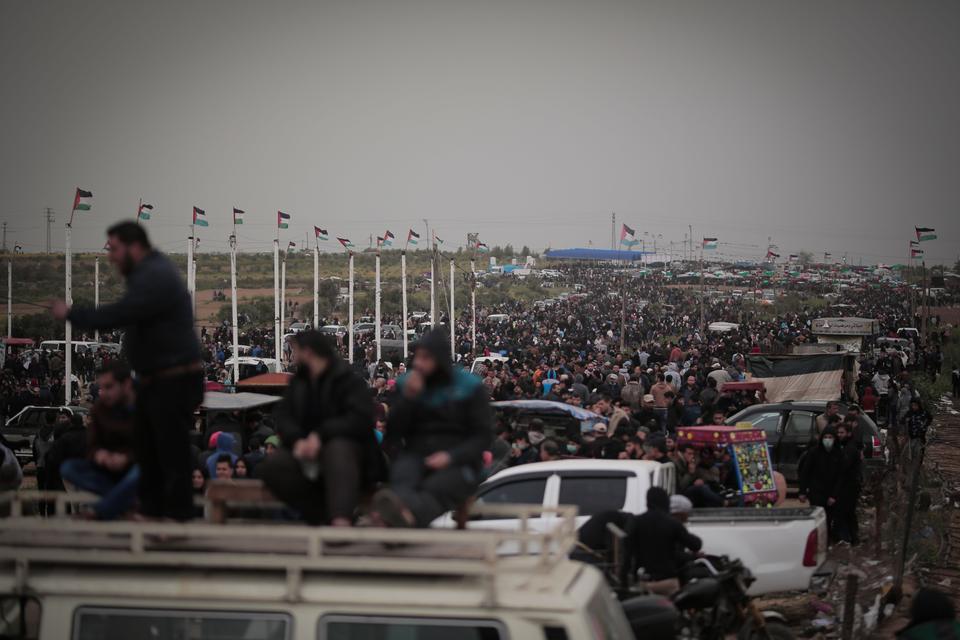 Palestinian Land Day started in 1976 after an Israeli government announcement to expropriate large swathes of  land. A general strike ensued with confrontations between Palestinians and the Israeli army leading to six Palestinians being killed, hundreds injured and arrested.

The Great March of Return, a series of protests at the Gaza Strip, was launched on March 30, 2018. The protests demanded Palestinians be allowed to return to the land they were displaced from in current-day Israel. The protesters are speaking out against the blockade of the Gaza Strip and the US’ move of its embassy from Tel Aviv to Jerusalem.

The Great March of Return has continued despite initial plans to only last until Nakba Day, May 15, 2018. 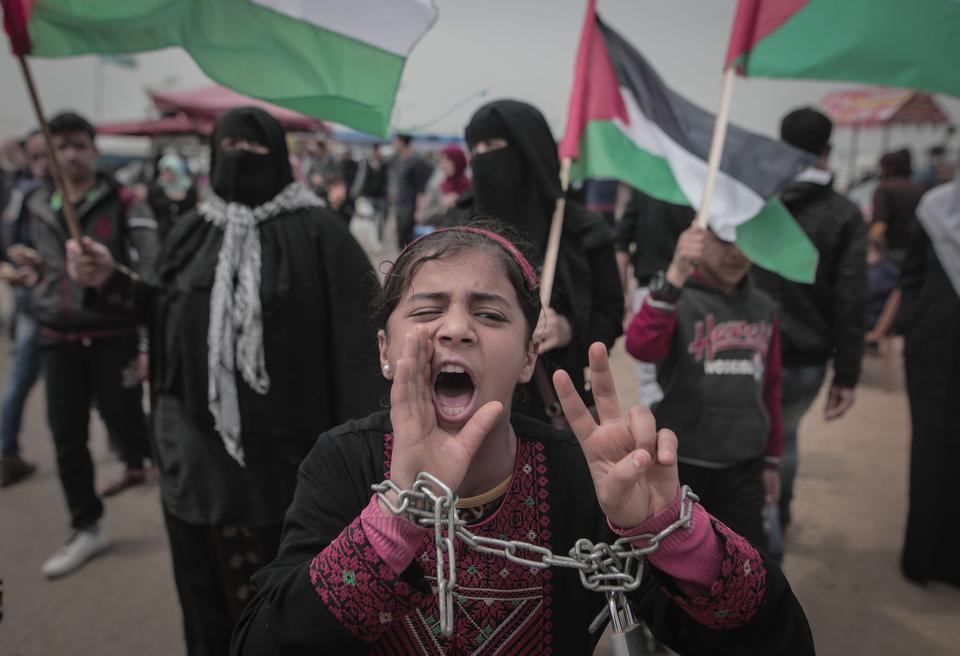 Nakba Day, commemorated on the May 15, means “Day of Catastrophe” in Arabic. It was inaugurated by Palestinian leader Yasser Arafat in 1998, fifty years after the Israeli Declaration of Independence.

For Palestinians, the day marks the displacement of hundreds of thousands of Palestinians during the 1948 Palestine War, who now live in Jordan, Lebanon, Syria, the West Bank and the Gaza Strip with their descendants.

The Palestinian right of return is a position held that Palestinian refugees and their descendants have a right to return to what is now Israel and the occupied territories, that they have left behind after the 1948 Palestine War and 1967 Six-Day War. 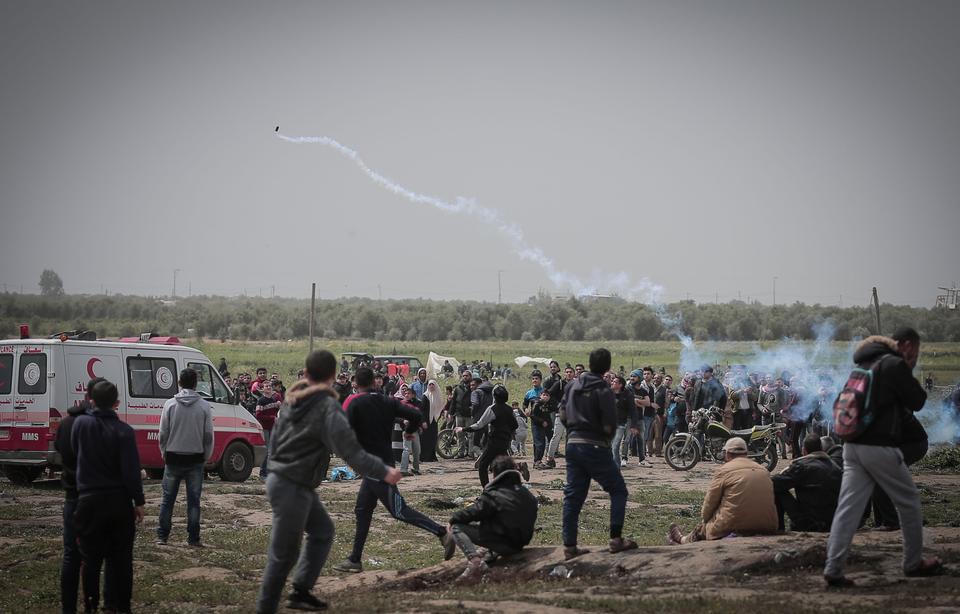 In 1974, the right of return became the first component of the PLO’s (Palestine Liberation Organization) trinity of inalienable rights, alongside the right to self-determination and the right to an independent state.

Israel has rejected the UN position, stating in June 1948 before the UN recognition of the right of return, that the problem must be solved through the resettlement of the Palestinian Arab refugee population in other states. Israel has also reiterated its stance in a letter to the UN in 1949 and has not changed its position since.