Amnesty International’s recent report, entitled Destination: Occupation has riled an Israeli minister, who accused the organisation of having become “a leader in the anti-Semitic BDS campaign”. 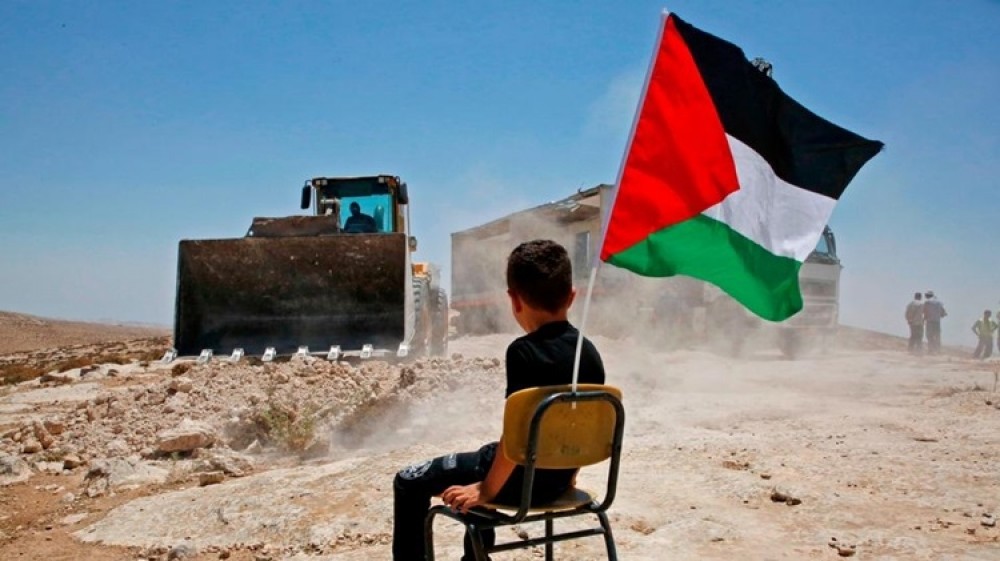 mnesty International’s recent report, entitled Destination: Occupation has riled an Israeli minister, who accused the organisation of having become “a leader in the anti-Semitic BDS campaign”.

.@amnesty has become a leader in the anti-Semitic #BDS campaign. The report it will release tonight on #Israel is an outrageous attempt to distort facts, deny Jewish heritage & delegitimize Israel. As Florida's decision re @Airbnb shows, surrendering to BDS now comes with a price

100 people are talking about this

Erdan was referring to the the Boycott, Divestment, Sanctions (BDS) movementthat aims to end international support for Israel’s “oppression of Palestinians” and “pressure Israel to comply with international law”.

The West Bank and Gaza Strip were captured by Israel during the war in 1967. Amnesty notes that “since 1967, it has been Israeli government policy to promote the creation and expansion of Israeli settlements in the OPT”, with about 250 settlements currently in use.

Amnesty’s research into travel and activity offerings by Airbnb, booking.com, Expedia, and TripAdvisor finds the digital tourism websites complicit in Israel’s occupation and expansion into the OPT.

The report also remarks that the websites, by charging hosts or customers a booking fee, directly benefit from promoting tourism in the OPT alongside the Israeli state. Moreover, they “have indirectly contributed to the many human rights violations” by contributing to the “maintenance, consolidation and further expansion” of the settlements.

The report points out that the four major websites’ promotion of Israeli settlements in the OPT as a tourist destination also “has the effect of ‘normalising’, and legitimising to the public what is recognised under international law as an illegal situation”.

The international bodies that recognise the occupation of the Palestinian territories as illegal include the United Nations and the European Union.

The Israeli minister's other reference was to the state of Florida, where a court ruled to sanction Airbnb for discrimination for its boycott of West Bank settlements. Erdan suggested that this was the price Airbnb paid for joining the BDS movement, which the company says it has not.

Amnesty calls on Airbnb, booking.com, Expedia, and TripAdvisor to “stop listing tourist accommodation, activities and attractions in settlements or run by settlers in the OPT, including East Jerusalem”.

Seeking answers, Amnesty contacted the four digital companies listed in the report. Airbnb and TripAdvisor hadn’t responded when the report was published, and the two that responded, Expedia and booking.com, gave “inadequate” responses.

Amnesty has also called on Airbnb which on November 19, 2018 announced it would stop listing settlements in the West Bank (excluding East Jerusalem) to “implement this announcement … reflect its commitment in a revised public policy … and redress the harm it has contributed to”.

Airbnb’s November statement clearly says the company is not boycotting Israel nor supporting the BDS movement. The company has also clarified that the announcement does not apply to “more than 20,000 listings in Israel – including in Jerusalem and Golan Heights”.