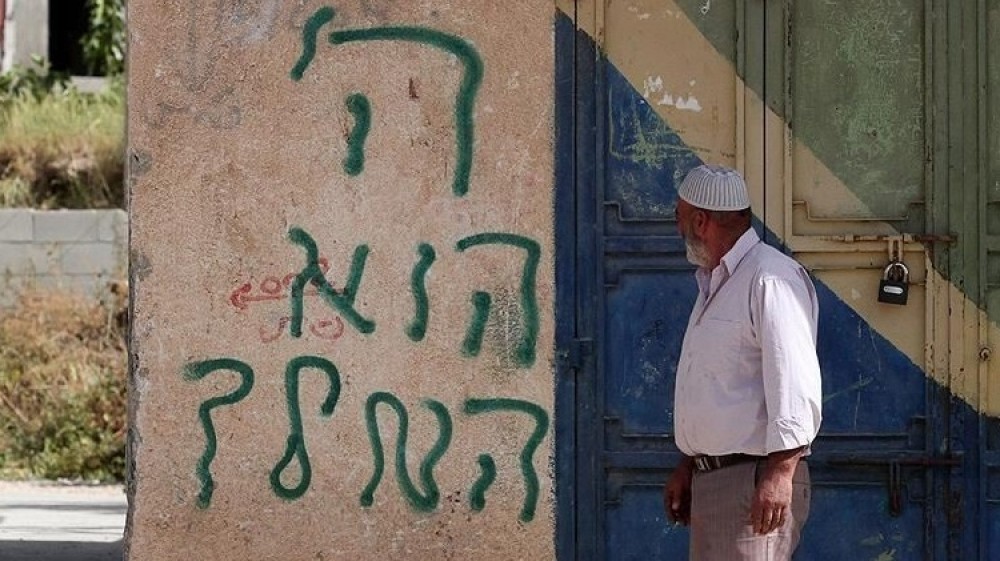 Jewish settlers on Wednesday spray-painted racist, anti-Arab slogans on Palestinian homes near the occupied West Bank city of Ramallah, according to local witnesses.

Witnesses told Anadolu Agency that Jewish settlers had raided the town of Ein Yabrud near Ramallah, where they spray-painted racist slurs on Palestinian-owned homes and vehicles.

According to Israeli media reports, settlers living in illegally-built settlements across the West Bank carried out 482 separate attacks on Palestinians and their property last year alone.

These attacks often include physical violence, vandalism and the destruction of Palestinian agricultural land.

There are currently 250 Jewish-only settlements built across the West Bank, which Israel occupied in 1967. These settlements are home to an estimated 600,000 Israelis.

According to international law, the West Bank remains “occupied territory” and all Jewish settlements built there are illegal.