On 31 May, 2010, Israel carried out a deadly attack on human rights activists trying to deliver humanitarian aid to the besieged Gaza Strip. After boarding the Mavi Marmara during a dawn raid whilst it was sailing in international waters, Israeli soldiers killed nine aid workers and injured several others; one of those injured succumbed to his wounds a few years later. The assault was met with international outrage, but nine years on the victims of the attack on the Gaza Freedom Flotilla are still seeking justice. I was on board the Mavi Marmara on that day and witnessed the ordeal of my fellow passengers. Since then, as a lawyer, I have been working closely with the victims in their quest for justice. 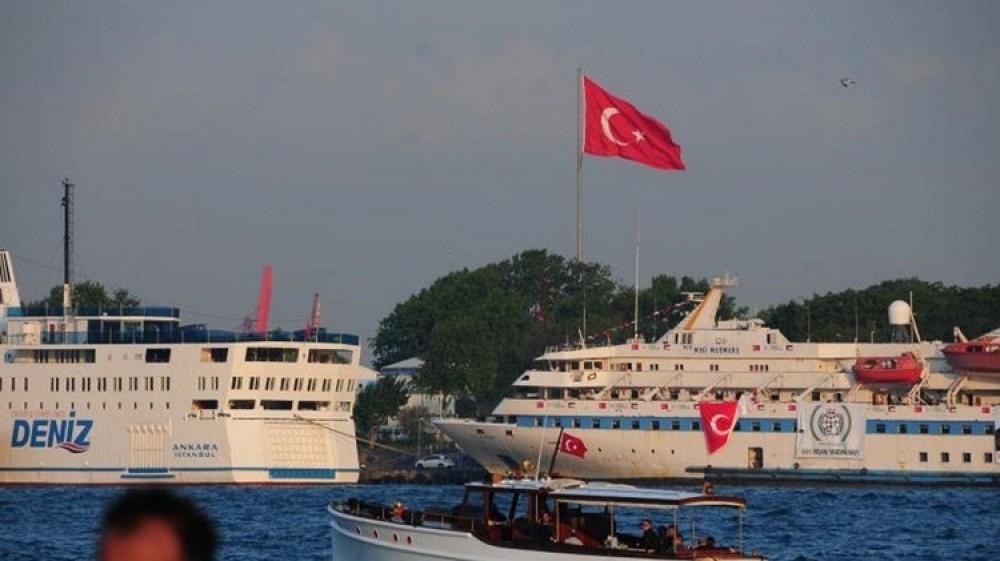 The victims of the attack and their families took their case to the International Criminal Court (ICC). On 14 May 2013, an application was made to the ICC on behalf of the Comoros, where the Mavi Marmara was registered, against several Israeli politicians and military officials. These included the late Shimon Peres, who was President of Israel at the time, and Prime Minister Benjamin Netanyahu. They were accused of committing war crimes and crimes against humanity during the attack on the Gaza Freedom Flotilla.

In her first decision on 6 November 2014, the ICC Prosecutor stated that war crimes had been committed by Israel, describing the attack as “wilful killing and causing serious injury to body and health, and committing outrages upon personal dignity.” All of the passengers taking part in the Flotilla had the status of protected civilians under international law and the Israeli soldiers carried out the attack despite knowing that the passengers were civilians. The Prosecutor objected to Israel’s claims of self-defence by stating that, “The autopsy reports of those killed indicate that they have received multiple shots in the head, legs and neck and at least five of the passengers who were killed were shot at close range.”

Despite finding evidence to indicate that crimes may have been committed by Israel, the Prosecutor refused to open an investigation into the attack on the basis that it did not carry sufficient “gravity” to justify further action by the Court. Following an appeal by the lawyers of the Mavi Marmara victims, the Court concluded that the Prosecutor had erred in her decision.

In a decision issued on 15 November 2018, the ICC Pre-Trial Chamber once again found that the Prosecutor was wrong and ordered her to reconsider. It also requested the Prosecutor to reach a final decision by 15 May 2019 to prevent any further delay to the process. The ICC Prosecutor appealed against this decision, following which the ICC Appeals Chamber decided to hold a hearing on 1 May 2019 to hear from the Prosecutor as well as the lawyers acting for the victims of the Israeli attack. The families of the victims as well as representatives from the Flotilla were present in the hearing. The victims have expressed concern over the Prosecutor’s stance in this process, claiming that that she may be caving-in to external pressure.

These concerns were reinforced recently when US National Security Adviser John Bolton threatened the ICC. “If the court comes after us, Israel or other US allies,” the right-wing hawk warned, “we will not sit quietly. The United States will retaliate by banning ICC judges and prosecutors from entering the US, imposing sanctions.” The victims responded by calling on relevant bodies to safeguard the Court’s freedom and allow it to do its job.

The fate of our case at the ICC will now not be known until September, when the ICC will deliver its judgment from the hearing concerning the procedural conduct of the case. We are hopeful that the Prosecutor and the Court will initiate this investigation freely as a matter of justice. It should not be forgotten that the ICC is the most precious hope of humanity and the victims of state terrorism and crimes against humanity.

The ICC, though, is not our only hope for justice. The victims have pursued their quest in countries with universal jurisdiction and legislation that is applicable to our case. In Spain, a criminal complaint has been launched by Spanish citizens who were on board the Mavi Marmara. The legal process has been carried out with difficulties due to the pressure applied by Israel. However, a case was finally filed at the country’s High Court, which issued an arrest warrant for seven people, including Netanyahu, Ehud Barak — Israel’s Minister of Defence at the time — and several other senior military and political officials. Our campaign prompted legislative changes in Spain which have blunted universal jurisdiction provisions and, consequently, the chance for victims of crimes against humanity being able to obtain justice.

In America, our case has also faced challenges. The family of Furkan Doğan, a US citizen who was killed during the raid on the Mavi Marmara, filed a case at the US District Court for the Central District of California. Ehud Barak was called to appear before the court to be tried for planning and ordering the crimes, including the unlawful attack on civilians and intentionally killing Doğan in international waters, as well as the crimes of international terrorism, torture, mistreatment, cruel treatment and unjust detention.

The US State Department informed the Doğan family lawyers through the court that Barak enjoyed diplomatic immunity. In the first hearing on procedure, which took place on 22 July 2016, the Israeli lawyers argued that an agreement had already been reached between Turkey and Israel. The court decided that the case could not proceed further. Following this, an appeal was made by the Doğan legal team. No decision has yet been made on the appeal.

In a separate lawsuit, three American citizens who were on board the US-flagged Challenger I, which was part of the Flotilla, filed a case in the US District Court for the District of Columbia against the State of Israel for the losses suffered during the attack. US Counsel for the Plaintiffs, Steven Schneebaum, said that, “States are generally immune from suit in United States courts. But that immunity is waived in a number of circumstances. When agents of foreign governments commit wrongful acts in the United States that cause personal injury, and egregious acts against US nationals anywhere in the world, they are not entitled to immunity. We contend that both of those exceptions apply to the facts of this case.”

Professor Ralph Steinhardt, a leading international law expert at George Washington University and member of the Plaintiffs’ legal team added that, “The attack on Challenger I was a patent violation of international law, including the laws of war, human rights and the law of the sea. It falls to the courts of the United States to enforce the rules when – as here – Congress has given jurisdiction to those courts.”

However, as a result of the pressure and efforts of the pro-Israel lobby, this court did not open a case against the State of Israel.