RAMALLAH, Thursday, August 01, 2019 (WAFA) - The Socialist International (SI) reaffirmed after two days of meetings in Ramallah and in Tel Aviv the right of the Palestinian people to self-determination and an independent state on the 1967 borders with East Jerusalem as its capital. 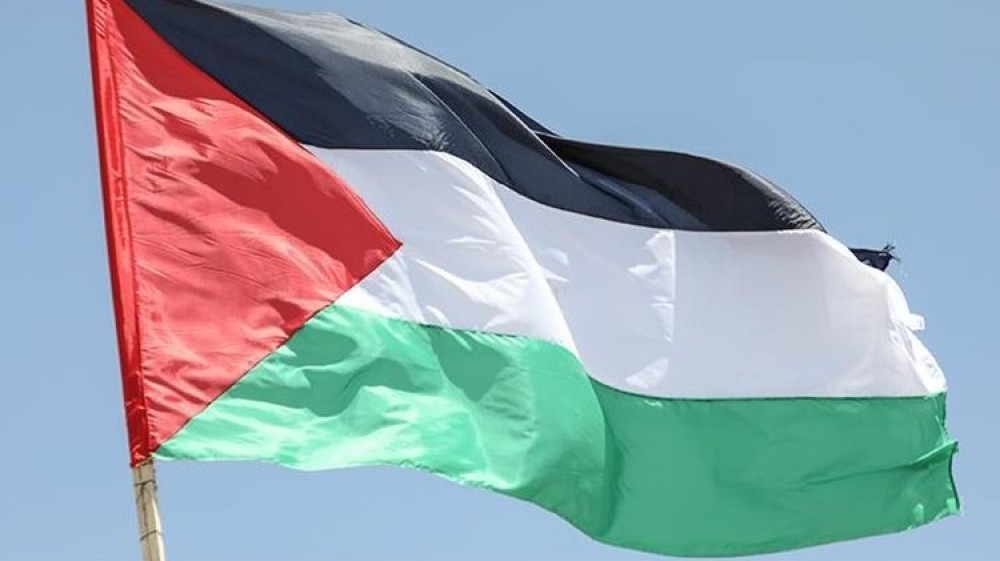 It also called in its final statement on all states for immediate and unconditional recognition of the State of Palestine.

SI met on Tuesday in Ramallah and on Wednesday in Tel Aviv to discuss the theme of two-state solution, Israel and Palestine, for peace and future of opportunities for people of the Middle East.

“After more than 27 years of failing to achieve peace through the bilateral peace process, SI believes that the time has come for the international community to collectively meet its responsibility under international law to bring an end to the occupation of the Palestinian State and all impediments to the exercise by the Palestinian people of their right to self-determination,” it said in the final statement.

“Regretfully, this fundamental foundation for any future peace agreement in the region has been openly opposed and sabotaged by the US Administration under President Donald Trump, in a manner that creates an alliance between the Trump Administration and extremists within Israel, including settlers, that work actively against the inalienable Palestinian right to self-determination,” it added.

It said the meetings in Ramallah and Tel Aviv “were held with the goal of analyzing the implications of such absence and what course of action the international community needs to take in order to safeguard the implementation of the long overdue inalienable rights of the Palestinian people and the two-state solution, which is in the interest of Israelis, Palestinians and of regional and world peace.”

SI reaffirmed “the right of the Palestinian people to self-determination, including the right to their independent State of Palestine on the 4th of June 1967 borders with East Jerusalem as its capital,” and called “on all States for immediate and unconditional recognition of the State of Palestine.”

It also reaffirmed “its commitment, in accordance with international law, to bringing a complete end to the Israeli occupation of the Palestinian state that started in 1967 in order to achieve the two-state solution, as two sovereign and democratic states for all their citizens and a just solution to the issue of Palestinian refugees according to the UN resolution 194 stipulated by the Arab peace initiative.”

SI condemned moving the US embassy to Jerusalem and the recognition of the illegal Israeli annexation of the occupied Syrian Golan Heights, “both of which violated international law and the traditional policy of the previous American administrations and encouraged the extreme agenda of the Israeli Government. All these steps are dangerous precedents for the international community as a whole, as the US Government is trying to legitimize the acquisition of land through the use of force, a grave violation of international law.”

It said it considers the US Administration’s so called “deal of the century” “as an intention to legitimize the unlawful Israeli acts in the occupied Palestinian and Arab territories, to formulate a deal that violates the most basic requirements for a just and sustainable solution, and ignores international law and human rights standards.”

It also contradicts the global consensus on peace, and destroys the legitimate rights of the Palestinian refugees and any ability of a two-state solution in which Palestinians will have their sovereign state as part of a peace accord, it added.

SI said it “rejects any efforts that try to substitute real and just peace with 'illusion of economic prosperity’ which sustains occupation of the Palestinian State and the racial discriminatory policies against the Palestinian People. Such efforts and events like Manama Workshop deny the Palestinians inalienable right to self-determination and sovereignty, and undermine international legitimacy and the real requirements of peace and true economic development.”

It condemned Israeli demolition of dozens of Palestinian houses in the village of Sur Baher near East Jerusalem, and said it “stands against all measures aimed at altering the demographic composition, character and status of the Palestinian Territory occupied since 1967, including East Jerusalem, including, inter alia, the construction and expansion of settlements, the building of the separation wall, the transfer of Israeli settlers, confiscation of land, demolition of homes displacement of Palestinian civilians in violation of international humanitarian law and relevant resolutions.”